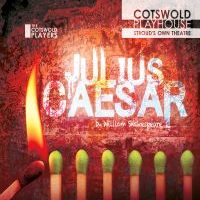 A country troubled by civil unrest and political uncertainty. The emergence of a charismatic new leader, on a wave of popular acclaim. Some say she should be given absolute powers. But that would contravene proud democratic traditions. And it would sideline the current political elite. What is the opposition to do? And what will be the consequences of their actions? This contemporary production underlines the terrible timelessness of Shakespeare’s great classic.

Set in an unspecified European country, it whisks us from the backstreets of the capital to the homes of the rich and famous, to the seat of sovereign power, and finally to the town whose war-ravaged streets provide the setting for the final showdown. It contains scenes of violence, blood, gunfire and explosions.

This is Julius Caesar as you have never seen it before: stripped back, fast-moving, up-to-date, full of surprises, and packed with modern technology.