Revolution in Song – A Night at the Opera? 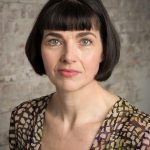 We asked mezzo-soprano Clare McCaldin to put together a programme of arias and song with a ‘revolutionary’ theme and she identified such a wide range of composers it was difficult to choose!  The resultant programme covers composers and material which Clare felt was aesthetically, harmonically, politically or socially revolutionary.  See what you think!

From Beethoven to Sondheim via Wagner and Debussy, with Mozart, Cage, Ives and Kern, this is a rich and varied programme which will be musically pleasing as well as revolutionary. 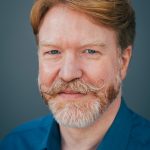 Clare has collaborated with baritone Paul Sheehan and pianist Paul Turner to bring us this unique event for one night only.

Tickets on sale from 16 September here 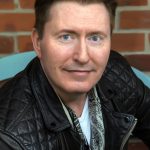 Clare McCaldin is a lyric mezzo-soprano whose presence in performance marks her out as a communicator of outstanding quality on the dramatic stage and concert platform. She has built a diverse career spanning the opera stage and concert platform, including Salzburg Easter Festival, Royal Opera, BBC Proms, Radio 3, Oxford Lieder, Three Choirs Festival and Edinburgh International Festival.

Clare is known for her recital work and has a significant solo discography of contemporary song repertoire.

Through her company McCaldin Arts Clare has produced a number of solo shows. These range from narrated entertainments using existing repertoire (Haydn’s London Ladies about the composer’s visits to London) and Over My Shoulder (the lives of Elisabeth Schumann and Jessie Matthews), to brand new works for the stage. The critically-acclaimed Vivienne (about TS Eliot’s first wife) was written for her in 2013 and Clare’s latest solo show premiered in 2018. Mary’s Hand, examines the life of Queen Mary 1st and The Independent gave the show ✮✮✮✮✮ describing it as “a modest gem of a show” and Clare as “an outstanding singing-actress”.

Paul Sheehan is a member of the chorus at English National Opera, by whose kind permission he appears, and where he is also privileged to perform a variety of roles, including most recently Bogdanovitch (The Merry Widow), Antonio (The Marriage of Figaro), and Jen Jenson (Britten’s Paul Bunyan). At ENO Paul has also created roles in two world premières as The Coroner in Iain Bell’s Jack the Ripper: The Women of Whitechapel and Shepherd in Julian Anderson’s Thebans.

Appearances for other opera companies include Ceprano (Rigoletto) for Grange Park Opera, Peter (Bach St Matthew Passion) for Glyndebourne, Don Alfonso (Così fan Tutte) for Glyndebourne on Tour, Escamillo (Carmen), Figaro (The Marriage of Figaro), Ko-Ko (The Mikado) and even Henry Higgins (My Fair Lady). His oratorio engagements range from Bach’s B Minor Mass and Handel’s Messiah, through Haydn’s The Creation, Mendelssohn’s St Paul, Verdi’s Requiem, Elgar’s Dream of Gerontius and Walton’s Belshazzar’s Feast to Tippett’s A Child of Our Time, and as a concert soloist Paul has performed in Beethoven’s Symphony No.9 at St John’s Smith Square, Mozart’s Requiem at St Martins-in-the-Field and Vaughan Williams’ Sea Symphony.

Pianist Paul Turner is a widely experienced recitalist specialising in chamber music, having worked with eminent musicians throughout his career, such as Michael Collins, Nicholas Daniel, Caroline Dale, Sarah Walker, Alexander Baillie, Sarah Markham, Patricia Rozario, Ruggero Raimondi, Jack Brymer, Jane Eaglen, Barry Tuckwell and Elizabeth Watts.
His prize-winning studentship culminated in the Queen’s Commendation for Excellence and the Peter Pears Accompaniment Prize, adjudicated by Pears himself. He studied with John Streets and Geoffrey Parsons, and is an elected Associate of the Royal Academy of Music (ARAM), a discretionary award given to past students in recognition of their contribution to the music profession.

His work has taken him to Buenos Aires, Amsterdam, Stuttgart, Berlin, Valencia and Paris, as well as London’s leading venues and UK Festivals. Renowned for his sensitive playing, he excels in a wide range of genres.